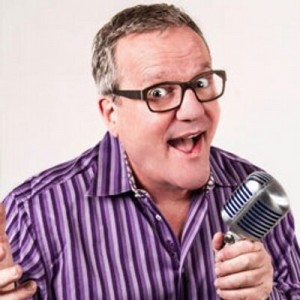 It’s another Friday Funny! This week we feature one of the best-known, most-loved and wackiest Christian comedians, Mark Lowry. Mark has made a career out of poking fun at Christian music icon Bill Gaither. Mark actually got his start singing with the Gaither Vocal Band. He wrote one of the most popular Christmas songs to come out in the last half of the 20th century, Mary Did You Know. So he’s more than a funny man; but he is first a comedian.

I’ve known Mark since the 1980s. Interviewed him one year during GMA Week (Gospel Music Association) in Nashville while I was doing my Long Island morning show from my hotel room. My co-worker Al Kim was in the room helping out, ushering guests in and out of the room. It was early. Way earlier than Mark was used to being up, let alone being interviewed. He dragged himself into the room, sat down and then spotted Al. “There’s a Chinaman in your room!” (Al is of Korean descent.) Then Mark got out of his chair and gave Al a big hug.

Here’s a video of Mark opening a show in Hollywood, CA. We call this bit Denominations.