Like many of our favorite Christmas carols the authorship of “Joy To The World” is disputed. Isaac Watts is indisputably the writer of the lyrics. He published them as a poem in 1719 in his “The Psalms of David: Imitated in the language of the New Testament, and applied to the Christian state and worship.” Watts found his inspiration in Psalms 96, 98 and Genesis 3.

There is quite a bit of dispute over who composed the music, which is generally believed to be called “Antioch” before it was paired with the lyrics. For many years George Friederich Handel, composer of “Messiah,” was credited with the music because of certain similarities in style and lyrics with other works by the composer. Though no solid evidence has been found to substantiate this claim. 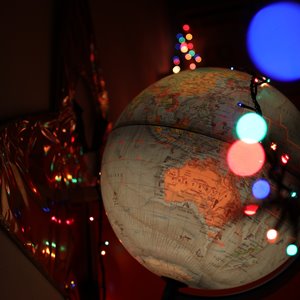 Many credit the music to Lowell Mason, who first published the carol in America in 1836 with a note “as arranged by Handel.” But the song was published earlier in England with no mention of Mason. We may never know who is responsible for the music of this beloved carol.

As of 1979 “Joy To The World” was the most published song in hymnals in North America, appearing in over 1,700 different hymnals.

Here’s the official lyric video of Jeremy Camp’s version of “Joy To The World.”