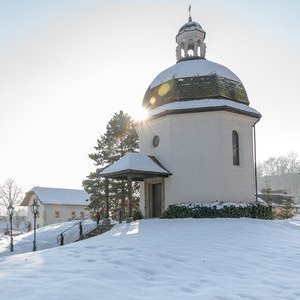 Tradition holds that Joseph Mohr, the parish priest at St. Nicholas Church in Oberndorf, Austria, wrote the words to “Silent Night” and had the church choir director, Franz Gruber, write the music for it and then performed it for the very first time all on the same day, Christmas Eve 1818.

The song was written for and performed on the guitar because, as the story goes, the church organ was in need of repairs. Other accounts report that Mohr actually wrote the words in 1816. “Silent Night” is, according to many sources, including music historian Joel Whitburn in his “Pop Memories 1890 – 1954, the most recorded song in history.

Sixpence None The Richer has an animated video of their recording of “Silent Night,” featuring Dan Haseltine of Jars of Clay.