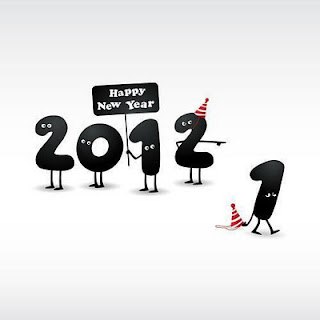 It’s been an eventful 12 months for all of us.  Those of us at The JOY FM (Atlanta branch especially) know that full well.

We began the year as J93.3.  Sheila and Mike were on the air in the morning, followed by Jayar, Steve Swanson and Paige Long.  Rob Langer did weekends and I was doing the occasional  fill in.  In early February Mike accepted a position at another radio station and Sheila and I were paired for the third time in our careers in the morning.

In March the radio station was sold by Provident Broadcasting (a wholly owned subsidiary of Watkins Associated Industries) to Radio Training Network (RTN), a not-for-profit company that has stations in Florida (The JOY FM network), the Carolinas (The His Radio network), Georgia, Alabama,  and Missouri.  The founder of Watkins Associated Industries was pivotal in the start up of Radio Training Network and J93.3 (WVFJ) had a long relationship with the network.  Now being owned by RTN made J93.3 a not-for-profit station.  That meant the station could accept donations and use volunteers, something that previously we were not able to do. Beginning in May the license for J93.3 was converted from commercial to non-commercial which changes some of what we’re able to say in announcements thanking business community partners for their support.  It also opens up a number of opportunities for us to expand the coverage of the station’s signal.

The Long Good-Bye
By June of 2011 Sheila Richards was feeling much worse.  For those of you new to this blog and/or The JOY FM, Sheila had been diagnosed with ovarian cancer several years ago.  She had actually beaten it twice before, having undergone surgery, chemo and radiation and being declared cancer free, only to have it recur.  Her treatments had continued through 2011, which meant that she was not on the air with me several days a week while she underwent chemo.  In June the effort it took to get up and into the studio by 5:30 AM was more than she could manage on many days.  So she came in a little late, if at all. Friday, July 1 was her last day on the air, though we didn’t know it at the time.

Shortly after the Fourth of July weekend Sheila went into the hospital.  She was suffering from complications of the disease and its treatment, including blood clots in her legs and almost unbearable pain.  From the hospital she entered a convalescence center and then hospice.  She passed early on the morning of August 30, just four days after her 55th birthday.

JOY Comes To The ATL
I held down the morning show slot solo, with occasional help from Kelsey (who also happens to be my daughter) through Thanksgiving.

On December 1, 2011 J93.3 made the change to The JOY FM.  Besides a new name (though through much of the 1980s and 1990s WVFJ had used the same name, before opting for J93.3) several additions and changes to the on air staff were put into place.  The Morning Cruise, based at the home office of The JOY FM network in Florida, became our new morning show.
We said good-bye to Steve Swanson (who continues his work with RTN as station manager of another station in Georgia) and hello to Shannon Steele who joins me in hosting Prevenings weekdays from 3 till 7 PM.  Jayar still holds down the 10 AM till 3 PM slot, and Paige Long is still on the air in the evenings.  Rob Langer is joined by David Stein on weekends.  And my daughter Kelsey is still filling a variety of roles.
2012 And Beyond
No one can be sure of exactly what lies ahead, except for our ultimate destination.  What we do know is that God has great things in store for the family of The JOY FM.  And the family includes not just the staff but also our financial partners, both individual and business community partners, and listeners.  We’re excited about the future and pray that you’ll consider becoming more involved with what God is doing through this ministry.  It’s so much more than simply playing great, encouraging music on the radio.  Though that is a huge part of it.  Through the combined efforts of listeners,businesses and staffers who support this ministry with their finances, prayer and time, God is touching and changing lives.  We hope you’ll be a part of it in 2012.  Happy New Year.