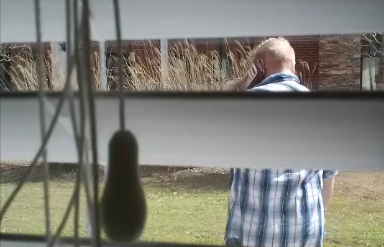 People disregard previous blog posts on a subject and annoy me multiple times with the same behavior. Today I was interrupted by yet another person carrying on a rather loud and lengthy cellphone conversation right outside my office door. This time it was a guy, pacing back and forth, speaking so loudly that I could hear his entire conversation. His pacing making it near impossible to get any kind of work done. 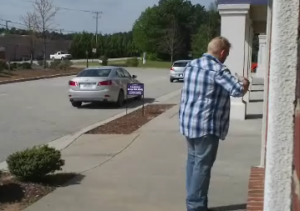 It was sunny outside so I had my blinds opened enough to let in some of the natural light. They were open wide enough that anyone walking by should have thought, “Oh, there must be someone in that office, probably doing important work which requires the utmost concentration.” But not this guy. He not only walked by, but continued to pace back and forth past my door and windows.

I’ve been here before, annoyed at a cellphone lady. This time I banged my blinds against the window, but he didn’t hear that and continued talking. I opened my door, but he outfoxed me, he’d gone around to the front of the building to finish his conversation.

Looks like I may need to post a sign on my door, “Take your phone calls elsewhere, I’m trying to get some work done in here!”