There’s something mysterious about Christmas. Otherworldly. Beings who are not of this world thrust themselves into our story. Angels appear to mere mortals. And God Himself takes on the form of a man.

For some 400 years Heaven had been silent, at least “officially.” I’m sure that the faithful still prayed and that those prayers were answered, but from the end of Malachi’s career as prophet until the angel appeared to Zacharias, there was no message or messenger from Heaven to the world at large. 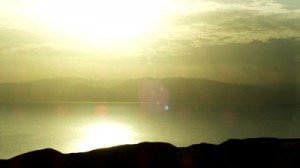 The world was, at it were, in exile. Much as the nation Israel had been. And both looked forward, hoping against hope, to that day when they (and we as well) would be ransomed. The Psalmist captures those feelings:

Psalm 137:1 – 4
1.  By the rivers of Babylon, there we sat down and wept, when we remembered Zion. 2. Upon the willows in the midst of it we hung our harps. 3. For there our captors demanded of us songs, and our tormentors mirth, saying, “Sing us one of the songs of Zion.” 4. How can we sing the Lord’s song in a foreign land?

The Christmas carol O Come, O Come Emmanuel captures it as well. From its haunting melody to its plaintive opening lines:

But then the chorus rings, full of hope realized:

It’s little wonder that this song is one of the oldest carols we sing. Some place its origins as early as the 6th century with ties to the ancient “Antiphons,” one of which was sung in medieval churches each night of the week leading up to Christmas. John Mason Neale, an English priest, translated the Latin hymn, “Veni, veni, Emmanuel” around 1850 as the song we sing today.

The hope of Christmas is that Emmanuel, God with us, has come and ransomed us from our exile.