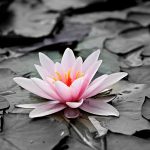 We’ve turned a bit of a corner. Teri had her second post-op appointment with her surgeon on Monday, April 10, Day Fifty-Five. He told her he wanted to see her every three months for the next couple of years, then every six months, and then every year. That came with the proviso that if in three months she’s seeing the medical or radiation oncologist she doesn’t need to come in to see him.

And that’s the beginning of the next steps. We’re still waiting for the results of the Oncotype test, which will determine if Teri has a low, intermediate or high risk of recurrence with hormonal therapy. If the score comes back low enough there is a possibility that she won’t require chemo at all.

If she does get chemo then that will be followed up with radiation therapy. If chemo is not needed then radiation will be next. So there are two upcoming appointments, on Wednesday the 12th, Day Fifty-Seven, with the radiation oncologist, and then on Monday the 24th, Day Sixty-Nine, with the medical oncologist.

Hopefully before the end of the month we’ll have a firmer view of just what Teri’s post-op therapy will entail and how long it will last.