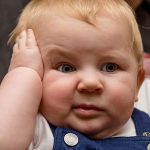 I really need to learn to manage my expectations. And by manage I mean lower. Maybe it’s due to my being raised and spending a great deal of my adult life living in the greater New York City metro while my current domicile is in the the slower paced deep South. 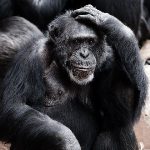 Teri had her surgery one week ago. Today was her first post-op appointment with the surgeon. Based on the pre-op drama with the plastic surgeon (he wasn’t in-network for our insurance company, but didn’t bother checking that until two days before surgery, so Teri only had the lumpectomy, no reconstruction) I thought today the surgeon would discuss options for a new plastic surgeon. And I hoped that maybe he’d begin to lay out a time line for post-op therapy.

He did none of that. To be fair, he never said he would. Poor expectation management on my part.

What he did say was that Teri’s incision was healing nicely, he’d removed all the cancer and the lymph nodes were negative for cancer. All very good news. But, aside from the nicely healing incision, none of it new. He’d given us the same report immediately after surgery.

Then he said he wanted to see Teri again in ten days and made like he was going to leave the exam room. So I spoke up. “What about reconstruction?”

“After chemo and radiation we’ll talk about reconstruction, if Teri decides to have it.”

Then I said that “the chemo guy” said that they’d send the tumor for testing to see if and what type of chemo may or may not be necessary. The surgeon mentioned the type of test, I didn’t quite catch it, but I’m guessing it’s Oncotype testing. “We’ll send that off,” he said.

I’m hoping that’s already been done, I mean, the surgery was a week 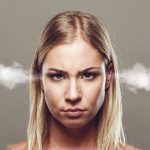 ago. Wouldn’t the tumor already be at a lab somewhere undergoing whatever tests they run? Again, poor expectation management on my part.

So on April 10, Day Fifty-Five, we’ll see the surgeon again. Maybe then we’ll have some of those answers I was hoping for today. But I’ll try to keep my expectations under control until then.