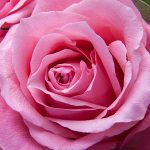 Teri had her lumpectomy on Friday, March 24, 2017. After the operation the surgeon, Dr. Powell came out to tell me how it went. He was very pleased, saying he’d gotten “good margins,” meaning that he took out enough tissue surrounding the tumors to have a high level of confidence that all of the cancer cells were removed.

He also took out a few lymph nodes and they were tested for cancer. The result was negative. No cancer in the lymph nodes. The best news we could have hoped for. Teri was discharged a few hours after surgery and I took her home. We had expected her to stay the night at the hospital but a little pre-op drama changed that plan.

Pre-Op Drama
On Wednesday evening, Day Thirty-Six, on the way to dinner, Teri got a call from the plastic surgeon’s office. He was out-of-network for our insurance company, meaning the insurance company would not pay for his services.

They were trying to obtain a gap exception from the insurance company so that the plastic surgeon would be covered for this procedure. If that didn’t happen we would have to pay him in full before surgery, $5,000, no option for setting up some kind of payment plan. This is about 36 hours before we’re scheduled to arrive at the hospital.

Well, we don’t have five grand and won’t be able to come up with in 36 hours. So we pray for the gap exception to go through. As soon as we arrived home from dinner I called the insurance company. They explained that the usually grant these exceptions if there is no other doctor within that specialty in-network within a 30-mile radius. And they tell us that the request from come for another doctor who is in-network. 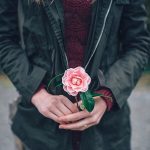 Teri emailed and texted her nurse navigator explaining the situation and asking someone in Dr. Powell’s office to please send a request to the insurance company. We heard from the navigator the next morning, they were on it and were submitting the necessary paper work. She told Teri to go ahead and show up for surgery the next morning. By the time we went to bed we still hadn’t heard from the plastic surgeon’s office about the gap exception.

We got to the hospital at 7:45 AM. Teri had dye injected and some x-rays taken prior to surgery. Around 9:15 AM the plastic surgeon’s office finally called Teri. The insurance company had denied the gap exception. About an hour later they took Teri into pre-op. Kelsey, our daughter, and I were allowed to go back and see her shortly after that. Our son, Caleb and his youngest son, Trenton arrived in time to see Teri before they took her into surgery.

I had two questions. First, how could the plastic surgeon’s office have waiting till two days before the surgery to check on the insurance? Dr. Powell said he agreed, that it was unacceptable and had texted the plastic surgeon telling him that. My second question was, if all of these doctors and health care professionals were on the same team, how could one of them not be in-network while all of the rest of them were. That was a little more complicated, Dr. Powell said. Insurance coverage, it seems, and being in or out of network varied from doctor to doctor and specialty to specialty.

What’s Next
Teri has set up a post-op appointment with Dr. Powell for Friday March 31, Day Forty-Five. Hopefully at that meeting we’ll begin the process of finding another plastic surgeon. We also hope to get some kind of time table for learning if Teri will require chemotherapy and when radiation therapy may begin.

Meanwhile Teri is recuperating at home. I’ve taken a week off to help her, as she can’t do much while the incision heals and she is in some pain and discomfort.