Thirty-one days after Teri’s initial diagnosis we were set to meet with the surgeon to go over all of the treatment options, make a decision and schedule a date for surgery. This day provided sort of a microcosm of this whole experience so far. 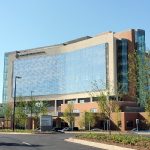 The appointment was set for 10:30 AM, or so I thought. Teri thought it was 10:00 AM. So we began getting ready in time to arrive at 10. Shortly after 9:00 AM the doctor’s office called to say the surgeon was still in surgery and running a little late and for us to get there around 10:45 AM. We arrived a few minutes early and told the doc still wasn’t there, but shouldn’t be much longer. A nurse took Teri’s vitals and ushered us to an examination room.

Shortly before Noon, after I’d watched an episode of “Bob’s Burgers” on the Netflix app on my phone (thank goodness for Piedmont Guest WiFi), Katey, the surgery scheduling coordinator, came in and said the doc was still in surgery and gave us the option of going to get lunch and coming back or staying there and waiting. We went to lunch.

Apparently the office staff also went to lunch, cause when we returned, about 20 minutes before we were supposed to, the office was still closed. We waited. Within about 15 minutes were back in the exam room and the doctor came in a few minutes later. He was very apologetic about missing the morning appointment. His surgery patient had come in late and the surgery took longer than expected. These things happen, and please, don’t read this sequence of events as complaints. I do not mean it that way, simply laying it out as typical of how the last 31 days has seemed. 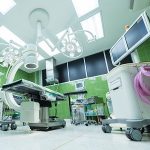 With all of the tests results in, including the genetics and clearance from a cardiologist, who Teri had seen on Day Twenty-Eight, Dr Powell asked Teri if she had decided what she wanted to do as far as surgery. “Lumpectomy,” she said. The doc said he thought that was a good decision and sent us to see Katey to schedule surgery.

Katey said there was an opening on March 24, a Friday, Day Thirty-Eight. In the big picture that doesn’t seem like too long a time, 38 days from diagnosis to surgery. In the day-to-day, when each day can seem like a week, it’s already been a lifetime.

Between now and surgery Teri will need to see the plastic surgeon, Dr. Beegle, for a pre-op appointment. And then the day before surgery will need to go to the hospital to have dye injected and an x-ray taken of her lymph nodes so the surgeons will have a better picture of what’s going on there during surgery.

Teri will check in for surgery sometime Friday morning, we don’t have an exact time yet, but my guess is that it will be quite early that morning. Then she’ll spend Friday night at the hospital and be able to come home on Saturday morning.

After the surgery, samples of the tumors will be sent off for testing to determine if and what of chemotherapy Teri may or may not need. After chemotherapy, if necessary, Teir will then have radiation therapy. Details on the duration of post surgery therapy are still to be determined.

So we continue to pray, and are thankful that we now have a definitive date for surgery.

Singer, songwriter, actress and storyteller Sara Niemietz is Jerry’s guest on this episode. She talks about her latest project, “twentytwenty,” how the pandemic has affected her touring schedule, her time with Postmodern Jukebox, Nuggets the chicken purse and how her faith has sustained her through it all.

You can find out more about Sara, order “twentytwenty” and all of her previous projects plus get Sara Niemietz and Nuggets merchandise on her website: https://www.saraniemietz.com/

You can see all of the videos Sara and Jerry discussed, plus many more, on Sara’s YouTube channel here: https://www.youtube.com/user/SaraNiemietz