I am not very musically inclined. Never have been, at least to hear my parents tell it. My mom will frequently tell the story of asking me how Sunday School was and my response was usually, “I was good Mom, but I didn’t sing.” And then she’ll laugh. 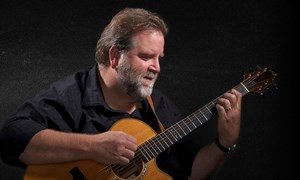 That is not to say, however, that I don’t enjoy music. I do. And once in a while a song or a songwriter will touch me in such a way that it feels as if I’ve found a kindred spirit. Bob Bennett is one of those songwriters.

I fear that in the early 21st Century the name Bob Bennett is foreign to many, even to those who listen to Christian music. That is a shame. It is my goal to rectify that here. 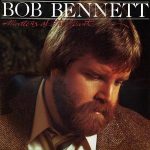 Thirty-five years ago, in 1982, Bob released the album “Matters Of The Heart.” It was, and remains, a masterpiece. It was named Album of the Year by CCM Magazine and years later it landed on that publication’s list of Top 20 Christian Albums Of All Time.

But the album has a weird history. It was originally released on Priority Records, which went out of business shortly after “Matters Of The Heart” came out. Star Song records signed Bob and re-released the album in 1985, but it again went out of print in 1987. Urgent Records re-re-released a cassette version in 1990, but that also went out of print shortly thereafter. In May 2007 it became available on iTunes, where it is still listed today. 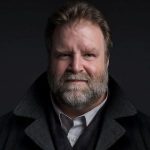 There are ten songs on “Matters Of The Heart” and I remember playing at least six of them as radio singles through the 1980s. I actually tracked Bob Bennett down through Facebook and his website. I wanted to use one of those songs, “A Song About Baseball” in a “Throw Back Thursday” feature I recently started doing on the air at The JOY FM.

We spent almost 30 minutes on the phone, sharing memories of nearly 40 years in this business and talking a good deal about “Matters Of The Heart” and a couple of songs from that album. I share here a portion of that conversation that concerns “A Song About Baseball.” I hope to share more of that interview at some later date and catch up with Bob again before too long and discuss even more of the songs from that classic LP and find out more about what he’s been up to in the past 35 years.

I did manage to find a video version of one song from the album that’s more than just the music along with a static picture of the album cover. A gentleman named Scott Bachmann put this version of “A Song About Baseball” together.

Tags: A Song About Baseball, Bob Bennett, Matters Of The Heart