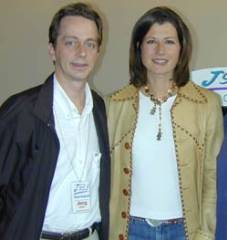 I discovered Amy Grant accidentally in the early 1980s, probably 1981 or so. It was at my first radio job in Wheeling, WV. I was doing weekends and a friend, Paul Smith, and I had also started a weekly Christian rock show. It aired at Midnight on Sundays with what we thought was the wonderfully creative name, “The Rock Of Ages.”

Back then I was so new to the business that I didn’t even think about asking record companies to send us free records to play on the air. So 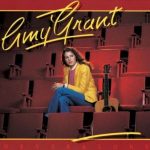 everything we played on that show was from our personal collections. Except for a few albums that I find in a filing cabinet at the station. A few months earlier they had done a special on the growing Christian music industry. One of those albums was Amy Grant’s “Never Alone.”

Now that album was not especially rock-like. But we did play the tune “Too Late” from time to time on our show. And that was my introduction to Amy Grant. 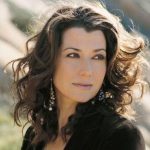 A few years later, ’84 or ’85 probably, I was attending seminary and working at a Christian station in Louisville, KY and had my first opportunity to interview Amy for an upcoming concert. I met her backstage for the first time at that show. Since then I’ve talked with her and seen her quite a few times. Even had dinner at her home. 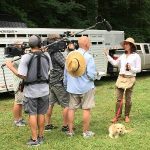 It’s amazing to think that I’ve known Amy for over 30 years. I had another opportunity to speak with her recently. She was getting ready to come to the Atlanta area for “An Evening Of Stories & Songs.” We spoke about that event, caught up, and Amy shared a good deal of what she’s been up to lately. I share segments from that conversation here.

Amy talks about “An Evening of Stories & Songs”

Amy has done quite a few music videos over the years, but not, apparently, for “Too Late.” I did manage to find a version that a fan had put together. It’s a static shot of the “Never Alone” album cover with the audio from “Too Late.”