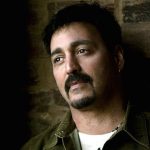 By the time I met John Elefante it had been 15 years since he left the super group Kansas. John replaced lead singer Steve Walsh in 1981. He recorded two albums, “Vinyl Confessions” and “Drastic Measures” with Kansas and wrote the only new song on the 1984 “Best Of Kansas,” “Perfect Lover.” When the album was re-released in 1994 “Perfect Lover” was dropped and three other tunes were added to make the record fill out a single CD. 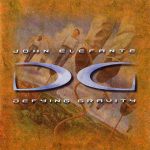 When I met John he had just released his third solo album, “Defying Gravity” in 1999. So it was either 99 or 2000 when we met. We seemed to hit it off pretty well. John was born on Long Island, and was exactly one week older than me. But this is a crazy industry and if touring schedules and record releases don’t match up there can be years between chance meetings. I’m still waiting for that second meeting with John.

John has always been a very busy guy. In addition to writing and recording he and his brother Dino owned one of the biggest and busiest recording studios in the Southeast, The Sound Kitchen, until they sold in 2002. He’s produced hundreds of records for other artists.

Recently he’s been touring with other members of classic rock bands, including Lou Gramm of Foreigner and Kevin Chalfant of Journey. I’ve reached out to John to try and set up that second meeting, or at least a phone interview. I’ll keep you updated.

Meantime, here’s the video of one of my favorite John Elefante songs, “Pass The Flame.”