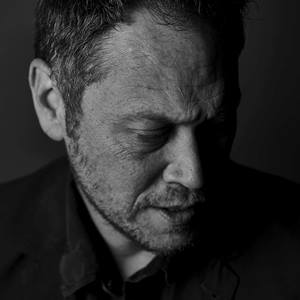 I do a weekly Throw Back Thursday Feature on the air at The JOY FM. Sometimes I’m able to track down the artists and get an interview with them to include on that feature. Andrew Peterson is one such artist.

I’ve been a fan of his music, and especially his lyrics, since his first radio single, “Nothing To Say,” in 2000. During our conversation we talked about a few of his songs and what inspired them, including that first single.

Andrew reminds me a good deal of Rich Mullins, and he readily admits that Rich has been a big influence on his music.

He’s been writing music for nearly 30 years, and recording since 2000. Along the way Andrew has garnered some radio airplay, but not as much as I would have hoped. He talked about that.

In preparation for our interview I spent about a week’s worth of afternoons on Andrew’s YouTube channel. I encourage you to spend some time there too, I’m sure you’ll find a lot of songs that will become favorites. One of my new Andrew Peterson favorites is “Be Kind To Yourself,” a song he originally wrote for his daughter.

Ten years after that first radio single Andrew came out with the album “Counting Stars.” It contained what, to date, has been his most popular radio single, “Dancing In The Mine Fields.”

Given the subject matter of the three songs I’ve already mentioned, I asked Andrew how autobiographical his songwriting is.

That mention of his Easter tour, inspired by his “Resurrection Letters” projects, prompted a discussion on his Georgia connections.

When I scheduled the interview with Andrew’s management I told them it would take about 15 or 20 minutes. By the time we’d talked for over half an hour I still had a lot of questions, but decided to wrap it up with a question about the song “I Want To Say I’m Sorry.”

To find out more about Andrew Peterson, please visit his website here.