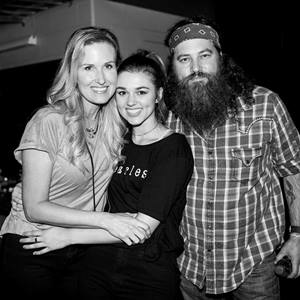 Sadie Robertson gained popularity as part of the family and cast of the reality TV show “Duck Dynasty” on A&E which ran from 2012 – 2017. Since then the now 21-year-old appeared on (and came in second) the 19th season of “Dancing With The Stars,” has appeared in several movies, written a New York Times bestseller, “Live Original,” and headlined the “Live Original Tour.”