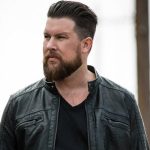 Zach Williams is one of those overnight successes that was a lifetime in the making. “I tried for years of my life to make this happen and it didn’t. When you give your life over to the Lord, and let Him have control, He’ll use you and do things that you never imagined possible.”

Zach played with a rock band for years and full embraced the rock-n-roll lifestyle of heavy drug and alcohol use. But he had been raised in a Christian home and eventually that led him back to the faith of his parents and a rededication of his life to Jesus. 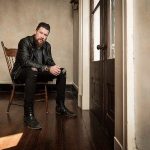 In 2016 he signed with Provident Label Group-Essential Records. “Chain Breaker” came out later that year. So far the project has yielded three singles, the title track, “Old Church Choir” and “Fear Is A Liar.” The album won the Grammy Award for Best Contemporary Christian Music Album and the single “Chain Breaker” won a Dove Award as Pop/Contemporary Recorded Song Of The Year. Zach also won the Dove Award as New Artist Of The Year.

I had the opportunity to speak with Zach recently and share some of that conversation here.

Zach on the success of the “Chain Breaker” project.

On a highlight from the “Chain Breaker Spring Revival Tour” of 2018.

On what he does when he’s not on the road.

Zach’s first three singles all have concept videos. I share them below along with an acoustic video of the song “To The Table,” that Zach mentions in the third interview segment.