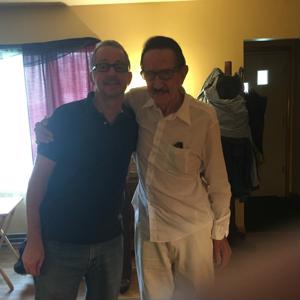 My father would have been 92 today. He was born on December 5, 1925. He passed away early Sunday morning, October 8, 2017. His funeral was on Wednesday October 11, 2017. The following is the text of what I said at his funeral. Pap is a name he gave himself and that’s what my brother and sister and I often called him. Our spouses and our kids and our kids’ kids also referred to him by that name.

I don’t have the words. Yet the occasion demands something be said. Something with some level of profundity. I’m not sure I can muster that. So allow me to simply tell you a little about my dad.

He was a baseball fan, and I think at one point in his life he must have dreamed of playing. I believe this because he would often be standing or sitting in the living room and in a moment of relative quiet he would blurt out, “Pap pumped that fastball knee high right down the middle.” In his younger days he would often accompany that with a pitching motion.

In looking back over his life, that particular phrase has taken on very special meaning. But I’ll get to that in a moment. 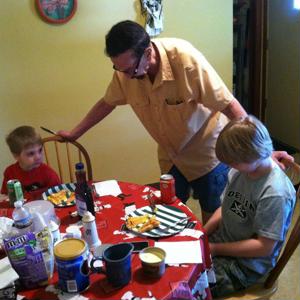 One of the earliest conversations I recall having with my dad concerned baseball. I must have been four or five, 1962 or 1963. He asked me, “Who’s your favorite team?” Now you have to understand that my dad was a lifelong Cleveland Indians fan. Which is just another way of saying that he was a lifelong New York Yankees hater. Between 1948, the last year the Indians won the World Series, and 1964, the Yankees won the American League pennant every year but three, 1948, 1954 when Cleveland won it but lost the World Series, and 1959 when the Chicago White Sox won it. The Indians finished second in six of those years.

So when Dad asked who my favorite team was I answered with another question, “Who’s the best?” Dad was an Indians fan, but he was also a man of integrity. So he had no choice but to answer my question by saying, “the Yankees.” To which I replied, “Then the Yankees are my favorite.”

Truth is like a fastball. High, hard heat, coming at you with a “let’s see how you can handle this,” kind of attitude. If life is a baseball game, then Dad was a fastball pitcher. 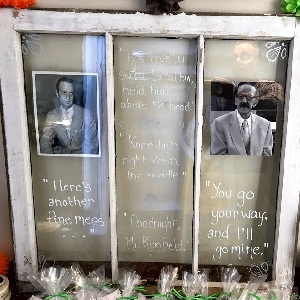 Some years ago, and I’m not even sure how the topic came up, my dad told me, “I pray for all of you kids and your kids by name every night.” Whenever we’d visit Mom and Dad they would usually go to bed earlier than the rest of us. If I happened to walk past their bedroom after they’d turned in I would hear them, praying.

I tried that for awhile, but found myself falling asleep before I’d gotten half way through praying for family members. So I moved my prayer time to my 30 minute commute to work. Praying for the needs of family and friends. Some days I actually finish the whole list before walking into the office.

But these last couple of years have been trying for our family. My sister-in-law, Jule, was diagnosed with MDS about two years ago and passed away a year ago April. Then in February of this year my wife, Teri, was diagnosed with breast cancer. My nephew passed away unexpectedly just last month (September 2017). And scattered in that time frame other family members suffered from other health ailments, financial difficulties and marital struggles.

“Oh no,” he told me. “You keep praying and let the Lord worry about the rest.” 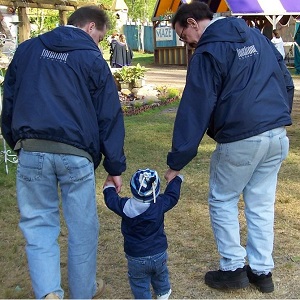 Over the years I’ve had the privilege of preaching at the funerals of three other people. One was a man with whom I shared three grandsons, my daughter-in-law’s father. Then there was a co-worker who was my on-air partner off and on for 15 years. And then there was a woman I had never met. She was the mom of a co-worker who must have seen something of my father in me when he asked me if I would speak at her service.

I said yes. Then I called my dad for advice. “Did she know Jesus?” he asked. “I don’t know, I never met her,” I said. We talked awhile longer. He suggested some scriptures, talking with the family to get to know more about her. And then he said, “Whether she knew the Lord or not you have to give the people there, and especially her family, hope. The hope that only comes from a relationship with Jesus.”

And that is a large part of what made Dad who he was, truth tempered with hope. The Bible tells us that there are three virtues; faith, hope and love, which will never end. Of those three, for me at least, hope is the toughest to define. We exercise faith every day. When you sit down in a chair you put your faith in the chair. You believe it will support your weight. 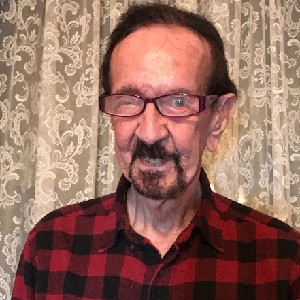 Love, well love is best demonstrated in the work of Jesus on the cross, the creator becoming like the creation and paying the price of our sin, perfect justice and perfect mercy in the perfect act of love.

But what of hope? Hope sees us through the cruelest of truths. The Bible tells us to boast in the hope of the glory of God and glory in our sufferings because those sufferings eventually lead to hope and hope does not disappoint or put us to shame.

And that hope is what has seen me through these past few days since Dad’s hope and faith have become sight. Its what got him through 91 plus years. It keeps Mom going, all of us going. The hope that, if we know Jesus, we will all be together in heaven one day.

And Pap always pumped that fastball knee high, right down the middle. 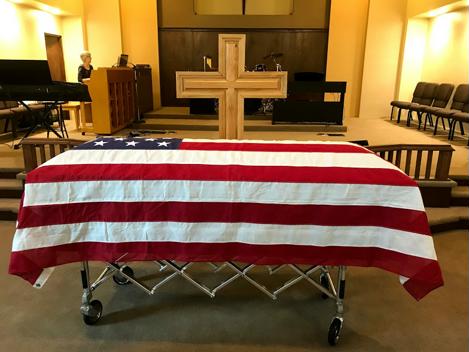