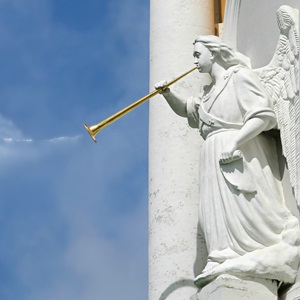 Sources give a variety of possible origins for this song. Some say it was first sung as early as A.D. 129 when the Bishop of Rome, Telesphorus, proclaimed that the “Angels Hymn” be sung on Christmas Eve. Others trace it to the medieval French countryside where on Christmas Eve shepherds would call out to one another, “Les Anges dans nos Campagnes,” or “Angels in our Countryside.”

That also happens to be the name the song came to be known by when it was first published in a French songbook in 1855. James Chadwick, Bishop of Hexham and Newcastle, is credited with translating the lyrics to English in 1862. He made some slight changes from the original French so that the song could continue to be sung to the original melody. The changes he made were substantial enough that many consider “Angels We Have Heard On High” to be a new original work, though heavily inspired by the original French version. Chadwich also changed the title.

Here’s the For King & Country animated video version of this classic carol.