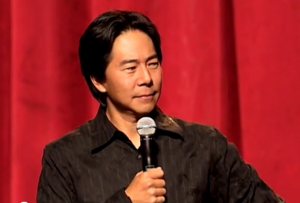 This week’s Friday Funny comes from Henry Cho. Henry is a Christian and a comedian. He’s widely know for his clean comedy. His website says, “Henry’s clean comedy is so versatile that he can headline Vegas and then tour with Michael W. Smith in the same month.”

Henry is of Korean descent and grew up in Tennessee, making him an Asian with a Southern accent, a incongruity that Henry fully exploits in some of his routines.

You can find out more about Henry, including details on his upcoming shows, at his website.