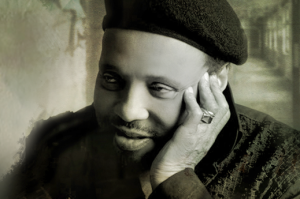 Andrae Crouch died in a Los Angeles hospital yesterday. He was 72. Andrae reportedly suffered a heart attack on Saturday and was admitted to the hospital. He had a history of health problems, including diabetes and cancer. He’d been hospitalized in December 2014 with pneumonia and congestive heart failure.

Andrae was a pivotal figure in the development of what we now call contemporary Christian music, blending the styles of traditional black Gospel music with jazz and soul in the late 60s and into the Jesus Movement days of the early 70s. He worked with such mainstream artists as Michael Jackson, Madonna, Diana Ross, Ringo Starr and others. He performed on Saturday Night Live and the Tonight Show with Johnny Carson. Andrae did the musical arrangement for the films The Color Purple and The Lion King. 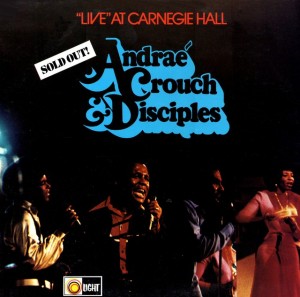 I first became aware of Andrae Crouch in 1972 when I attended the Jesus Joy concert at Carnegie Hall in New York. There were a number of artists on the bill that night, but Andrae stole the show, had the house jumping. That concert was sold out and overflow crowd were seated in Calvary Baptist Church across the street. When an act finished performing at Carnegie Hall, they’d run across the street and do it all over again at the church.

In the early 90s I was doing the morning show at WLIX on Long Island, NY. Every year I’d go to the Gospel Music Association week in Nashville and do my show from there. Almost every Christian artist was there for the convention and I’d get the chance to interview many of them. One year I had the privilege of interviewing Andrae.

It was a fascinating interview. We talked about that concert at Carnegie Hall, and the album it had produced for him. And we spoke of all that had happened since that day in New York. That was the only conversation I ever had with Andrae, but I’ll never forget it.

The news media is full of memorial pieces on Andrae today. If you’d like to know more about this pioneer and musical genius, simply Google him. To get a little better sense of who he was, especially if you’re unfamiliar with him, watch the video below. It’s a version of My Tribute (To God Be The Glory) recorded during one of those Gospel Music Association weeks. It features an all-star choir that includes Bebe Winans, Larry Norman, Fred Hammond, Wayne Watson, Patti Austin, Twila Paris, Babbie Mason, Tramaine Hawkins and many others.