Mary, mother of Jesus, is one of the most interesting figures in all of history. And yet, those on the Protestant side of Christianity have some difficulty in according her the respect she deserves. It’s not that they disrespect her, but they tend to shy away from giving her too much attention. Maybe it’s all those halos in Roman Catholic art, or the “Hail Marys.” But the Roman tradition of placing Mary just a half-step below divine is no reason to not hold her up as an example of faith, faithfulness and obedience. 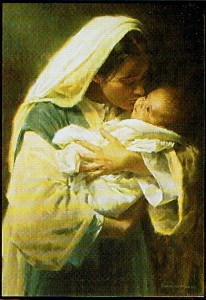 When we are first introduced to Mary in the Bible (Luke 1:26 – 56), she is visited by the angel Gabriel who calls her “favored” and says that the young girl has “found favor with God.” Gabriel then goes on to explain God’s plan for Mary to give birth to the Savior, even though she was a virgin. Mary’s reaction; “May it be done to me according to your word.” Faith and obedience.

We see in Mary a thoughtful woman, always aware of God’s claim on her life. Throughout the few references to her in Scripture she is portrayed as hiding and pondering things in her heart. She was one of the few who stood beside Jesus right through the crucifixion. OK, she was, after all, his mom, but still that act, sitting at the foot of the cross, was a demonstration of incredible bravery and faithfulness, no matter her relationship to Jesus. And she was among those few who went to Jesus’ tomb on the morning of the resurrection.

There’s only one Scriptural reference to Mary outside of the Gospels, a single verse in Acts (1:14). So while we know a little more about Mary than we do about her husband, Joseph, the references are few. But they are enough to give us a picture of an obedient servant of God, a loving and faithful mother and an example that we can follow not only at Christmastime but throughout the year.