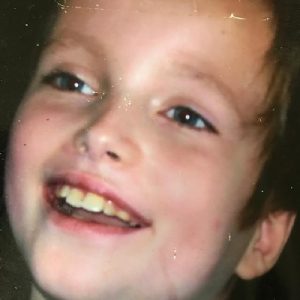 He runs now. Through forests, dark and cool. Across great green fields, the tall grass seeming to part before him. Over streets, paved with gold. He runs. Fast. Fierce. Free. Free of the body that once held him captive. Tall. Strong. Brave. He runs.

And he laughs. Oh how he laughs. Great full belly laughs. His head thrown back without a care. And he laughs. But he always laughed. A laughter that lit up the room, the entire house. A laugh that infected all who heard it, filling them with joy. A laugh that cast out worry, fear, sadness as if they couldn’t stand to be in the presence of such unbridled, carefree happiness. And he runs on. 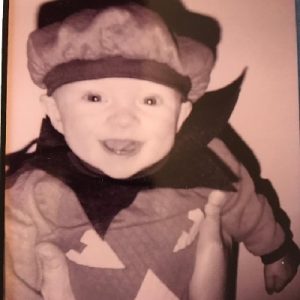 Then in the distance he spots someone. She waits for him, has been waiting for him. He runs faster, laughs deeper. She sees him and laughs and runs to greet him. They leap into each others’ arms, nearly knocking each other over. They hug. Tight. Long. Maybe for a day, or a thousand years. They hug. 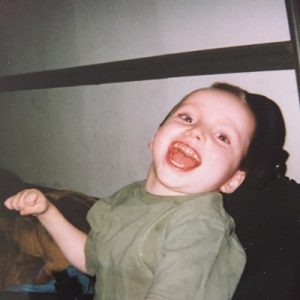 As they stare into each others’ eyes they know all that they need to know, without a word. They smile. Wide toothy smiles. And they laugh again. Then they sigh. The sigh of contentment. The sigh of peace. She tousles his hair. Arm in arm they walk. Down a golden street to a large house, a home. 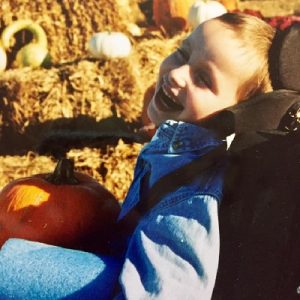 She holds the door for him. But he doesn’t enter. He smiles again, bashfully this time. She smiles back and winks. And once more he is running. She watches until he is out of sight and gives a little laugh. She goes inside, knowing they have all the time in the world. Time beyond the world. And some day there will be more joining them. So she lets him run.

And oh, how he runs.

Note: My brother’s youngest son, Sean Liam, or as the family called him, Sparky, passed away on the morning of Friday September 15, 2017. He was 21. Born on May 8, 1996, Sparky developed a rare disease when he was about 2. It left him severely handicapped, unable to speak, walk or care for himself. Over the last year or so he began having seizures. It was after one of these seizures that he passed. I wrote this the next evening.