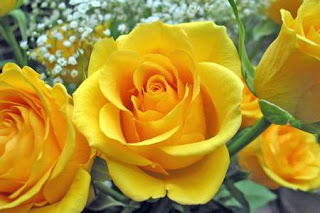 Sheila had been driving past this particular house every day on the way to and from work.  She’d been admiring the yellow roses since they’d begun blooming.  She’d admired them so deeply that some might call it stalking.  Sheila stopped on several occasions and went up to the door and knocked, but never found anyone home.

Sheila got the lady’s family history, and several clippings from the prized yellow rose bush.  Now she’s angling for YOUR help in making sure the clippings take root and sprout more prize winning yellow roses.  That’ll be among the topics for tomorrow’s morning show–but I’ll be asking if you would have the chutzpah to walk up to a stranger’s home and ask for something like that.  Or how you’d respond if a stranger came knocking on your door begging samples from your garden.  It ought to be fun.

One Reply to “The Case of the Garden Stalker, or The Great Rose Con, or Maybe It’s Chutzpah”