Allow me to be honest, I don’t get eternity. What I mean to say is that there is an element of eternity that I seem to be incapable of fully understanding. I grasp the concept of eternity from this point in time. That makes sense to me, even at a mathematical level. 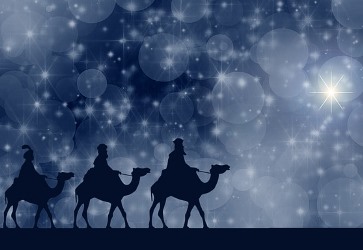 I once asked my father, “What’s the biggest number?” His reply confused me for a moment, “There is no biggest number.” He must have sensed my bewilderment so he explained further, “You can always add one more.” Think of the biggest number you can (no fair shouting out “Infinity!”), let’s go with an easy one, one trillion. Pretty big number. Now add one. See how that works? Numbers don’t end. In that way, I understand the concept of eternity never ending.

Where I’m having trouble is going the other way, eternity never beginning. Another time I asked my father a two-part question, “Who made God and when did that happen?” To that he gave a short two-part answer, “No one and never.” Again my response was pure befuddlement and again my dad sensed this. “God has always been, there was never a time when God was not.” But no nifty little mathematical example was going to help my brain digest that. I believe it, I just can’t explain it.

Maybe the answer to the “no beginning” conundrum is better illustrated using distance or something akin to interstellar geography. Pick a point in space and begin moving away from it as a companion begins moving in the opposite direction and both of you stop when you reach the end of space. My guess is that you will never see each other again and neither of you will ever stop moving. Granted, to me that’s not nearly as convincing or neatly packaged as the “no biggest number” explanation for future eternity, but it’s getting closer.

“What does this have to do with Christmas?” you may be asking. I’m getting there. 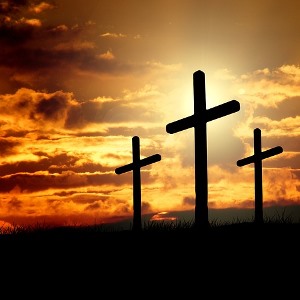 Jesus came to save us from our sin, to redeem us, to the pay the debt that we owed to Him. At Christmas we celebrate His coming into the world in the same manner every one of us (with the exception of Adam and Eve, who I will get to in a minute) has come into the world, born of a human mother. He was born so that we did not have to die and He died so that we might live.

Make no mistake; Jesus was no “Plan B.” Have you ever thought, “If only Adam and Eve had not sinned then Jesus would not have needed to die on the cross?” No. The scene in Heaven when Eve took that fruit from the serpent in the garden, ate it and then gave some to Adam was not, “Oh nuts, they broke the only rule. Now what are we gonna do?”

God, who has always been and will always be, always knew that we would mess it up and need a savior. Always. Jesus coming to earth as a baby, dying on the cross and rising on the third was always THE plan. Then why did God bother with the whole messy business of humanity in the first place? I don’t know. I must admit that there are times when I look at the state of us, of humanity in total and I think, “Y’all are lucky this creation scheme was not up to me, cause I’m not entirely sure I would have pulled the trigger on it.”

And then God reminds me of my own kids and I get a little closer to comprehension. I may not possess God’s omniscience, but I had an inkling before I considered becoming a parent that there would be pain and heartache involved in the process, and in that I have not been disappointed. Yet I went ahead with it anyway. 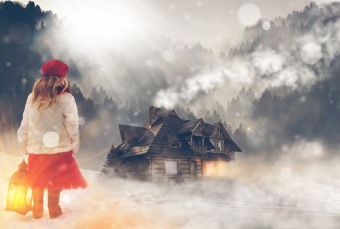 And so we come to Christmas. The birth of the savior, God becoming man. The beginning of the fulfillment of the ultimate promise, though not exactly what most of those who were waiting expected. Not that it should have come as a total shock. God had been dropping hints for centuries.

When Adam and Eve first sinned and realized that they were naked and hid in the garden, God “made garments of skin for Adam and his wife, and clothed them.” That’s the first time blood was shed to cover sin. When Abraham told Isaac, “God will provide for Himself the lamb for the burnt offering,” that was some pretty heavy duty foreshadowing of the coming of Jesus and his death on the cross.

The Old Testament is full of references to the coming of Jesus and what His life would be like. That includes the way He would initially enter our world, as a baby, born of a virgin, born in Bethlehem.

This has always been God’s plan. And the real miracle of Christmas is that He invites us to be a part of it.