Last year around this time I did a survey on “Your Favorite Holiday.” Just in case you can’t remember, Christmas was the definitive #1 holiday. This year let’s discover your favorite Christmas movies. 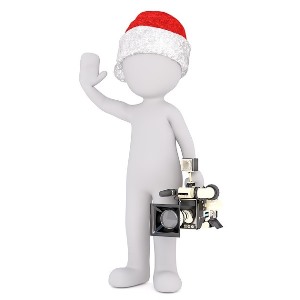 I’ve selected 15 movies based on my own research and personal inscrutable taste. There are brief descriptions below and then the actual survey. Place rank all the titles based on your preference, from #1 for your favorite to #15 for your least favorite.

These are movies, full-length feature films which opened in theaters, not TV specials. That’s another category and another potential future survey. I’ve listed them in chronological order by the year of their release. Have fun. Voting closes at 3:00 PM Eastern on Monday 12/17/18. I’ll post results shortly after that.

March of the Wooden Soldiers (1934)
Starring Laurel and Hardy as Ollie Dee and Stanley Dum, employees at a toy shop in the magical Toyland. They battle Silas Barnaby and his army of bogeymen.

It’s A Wonderful Life (1946)
The story of George Bailey who wishes he had never been born, but with the help of Clarence Oddbody, his guardian angel, he comes to realize he has a wonderful life. Starring Jimmy Stewart and Donna Reed, it was named the #1 Inspirational Movie of All Time by the American Film Institute.

Miracle on 34th Street (1947)
A department store Santa stand in claims to be the genuine Santa Claus, which leads to a sanity hearing. Along the way a little girl learns to believe in things she can’t explain. Starring Maureen O’Hara, Edmund Gwenn and a young Natalie Wood, the American Film Institute ranked this movie as the 9th most Inspirational Movie of all time.

A Christmas Carol (1951)
Based on Charles Dicken’s classic story of redemption, this English version of one of the most faithful to the original work and the one against which all others are measured. Alastair Sim stars as Ebenezer Scrooge.

White Christmas (1954)
Bing Crosby, Danny Kaye and Rosemary Clooney star in this musical set in a struggling inn in Vermont.

Scrooge (1970)
A musical version of “A Christmas Carol,” starring Albert Finney in the title role and Sir Alec Guinness as the ghost of Jacob Marley.

A Christmas Story (1983)
Based on a story by Jean Shepherd, this is the tale of young boy’s quest to get an official Red Ryder BB gun for Christmas. Starring Darren McGavin, Melinda Dillon and Peter Billingsley as Ralphie.

Home Alone (1990)
The first in a series of “Home Alone” movies, the original finds young Kevin McCallister mistakenly left at home while the rest of the family fly to Paris for Christmas. Kevin winds up protecting the house from the bumbling “wet bandits.” The film stars a young Macaulay Culkin, Joe Pesci and Daniel Stern.

The Muppet Christmas Carol (1992)
Another musical version of the Dickens classic, this one stars Michael Caine as Scrooge, Kermit the Frog as Bob Cratchit and the Great Gonzo as Charles Dickens who narrates the story.

The Santa Clause (1994)
Another film that inspired a number of sequels, this one stars Tim Allen as Scott Calvin. When Santa falls off  Scott’s roof and dies on Christmas Eve, Scott must take his place, finish delivering all of the toys and then decide if he wants to become the new Santa Claus.

Elf (2003)
When one of Santa’s elves learns that he’s really a human and not an elf, he sets out to find his human father in New York City. Starring Will Ferrell, James Caan and Zooey Deschanel.

The Polar Express (2004)
The only animated film on this list stars the voice and likeness of Tom Hanks in six roles, including Santa Claus. It’s the story of a young boy who is beginning to question the existence of Santa.

The Nativity Story (2006)
The only film on this list that deals with the very first Christmas, a subject that curiously has not been explored in many feature films. This is the first movie to have its premier at the Vatican.

And that’s the list. Remember, rank each film below from #1 for your favorite through #15 for your least favorite. And if your favorite Christmas movie didn’t make the list mention it in the comments section. Just remember we’re talking about feature films here, not TV specials, so please don’t ask about “A Charlie Brown Christmas,” that’s for another survey.

Create your own user feedback survey