In the interest of full disclosure, allow to start by saying I am not a Southerner.  I live in the south, but that doesn’t make me a Southerner.

This year marks the 150th anniversary of the beginning of the Civil War, or as some here in the south still refer to it, the war of northern aggression.  The History Channel is running a week of specials under the banner Civil War Week.  So far “Gettysburg” and “Grant and Lee” have been very interesting, though some of the experts have leaned a little to the left in their analysis; this is the History Channel after all. 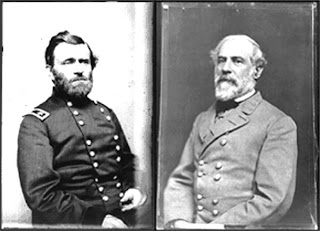 I’ve been thinking about how things may have been different had the south won the Civil War (cause I have that kind of time).  I’ve actually researched this a little bit, but as a history buff I’m entitled to express an opinion without needing to fully support it with the facts.
A couple of interesting opinions I’ve seen include:

If we had become two separate nations, the CSA may have remained more conservative politically.  South of the Mason-Dixon line prayer in schools might have remained a reality.

We’re taking your calls on the air this morning on this topic.  You can also post your feedback in the comments section below, or on our Face Book page.