My dad had a knack for finding out of the way vacation spots.  Now most years we did the visit the relatives in Ohio and/or Wisconsin thing, which was a pretty major undertaking, driving from New Jersey in the days before the Interstate system was as accessible as it is today.  Back then it was mostly the Pennsylvania Turnpike and then the state routes.

But every few years we’d try someplace a little different.  Often my Grandma Williams and Aunt Margaret would accompany us.  We did the Poconos one year.  In 1969 we were on the Virginia side of the Chesapeake Bay.  We saw Neil Armstrong walk on the moon during that vacation. 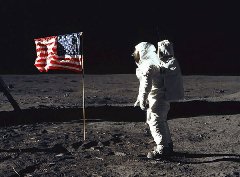 One summer we rented a little cottage on Lake Hopatcong, NJ.  The largest freshwater body in the state.  We rented the place from a lady named Beatrice Brady.  I don’t remember why, but she rubbed Grandma Williams the wrong way.  Sometime in the autumn of that year my dad sent Grandma a letter, purportedly from Beatrice.  He laid it on pretty thick, saying how much Beatrice had enjoyed having us rent her place on the lake and hoping we’d be back the following summer.  Grandma thought it was a nice gesture and began rethinking her opinion of Beatrice.  That is until my dad called her and asked, “Hey Mom, you hear anything from Beatrice Brady?”  That, of course, gave him away.  We laugh about that every time we get together and tell stories about Grandma.
And then there was that one summer when dad rented an old farmhouse in Hope, PA.  To this day I don’t know how he found it.  It was advertised with a “swimmin’ hole” on the property that turned out to be an algae covered cow pond. 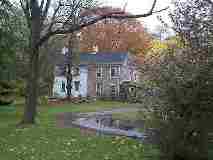 But the weirdest thing about the farmhouse was that one of the rooms in the middle of the house was locked and a phone in that room rang at all hours of the day and night.  I do remember perfecting my knuckleball in the backyard of that old farmhouse that summer though.

There are many more stories I could tell, but I’m saving them up for my next book 😉  The crux of all my vacation memories is really centered more on the “who” than the “where” or “what” or “when”.  This summer we’re celebrating a Summer To Remember on J93.3.  We hope you take some time to make memories with the people who matter most to you.