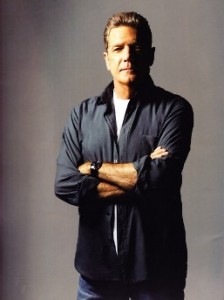 OK, maybe I’m guilty of apophenia here, the phenomenon of seeing relationships or patterns where none actually exist, in that whole “celebrities die in threes” thing. But that is far from my point.

My point is that not only was I familiar with these three men and their work, but that their work had brought pleasure and enjoyment to my life, if only temporarily.

I spent many evenings during my junior and senior years of high school in the company of two of my closest friends, Denny and Brian, at a pizza joint on National Road in Wheeling, WV. Most of those evenings we’d drop a handful of quarters into the jukebox and nearly every night we’d play David Bowie’s Changes at least once.

I became of fan of Alan Rickman when I first saw him in the movie Die Hard in 1988. He was an exceptionally likeable villain. Three years later he become my second favorite Sherriff of Nottingham of all time (behind Basil Rathbone) with his portrayal in Robin Hood: Prince of Thieves.  More than a decade later, he again impressed me, this time using only his vocal talents as Marvin the Paranoid Android in The Hitchhiker’s Guide to the Galaxy. 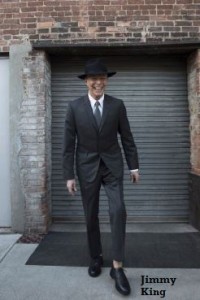 Glenn Frey, along with Don Henley and the rest of the band The Eagles, provided much of the soundtrack for my journey through the 1970s. On the radio, my eight-track player and stereo Peaceful Easy Feeling, Desperado, Life In The Fast Lane or Heartache Tonight were never more than a few minutes away.

So many hours spent in the company of  the work of these men and not once, at least to my recollection, did I every stop to thank God for the joy I experienced because He had thusly gifted these men. Worse, I do not remember ever once praying for any of them, asking God to touch their hearts and draw them to Himself. I don’t know what kind of relationship any of these three may have had with God.

Back in August of 1977, a year out of high school, I was still living at home. By this time, we were in Wheeling, WV. A letter arrived from a dear friend back in New Jersey. Kay Knight. Kay had spent years in India as a missionary. When she returned to the states in the early 1960s, she attended the church my father was pastoring. She became my first non-relative hero of the faith. In this letter, Kay commented on the passing of Elvis Presley just a few days earlier. I still remember what she said, “Elvis has died. I never prayed for him. How far does our responsibility go?”

That question haunts me whenever someone like Glenn Frey dies. Someone who has brought some measure of enjoyment to my life. Jesus said, “Love your enemies and pray for those who persecute you, so that you may be sons of your Father who is in heaven.” 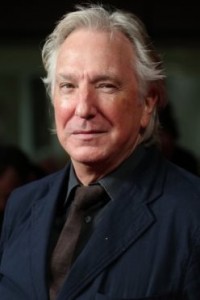 I don’t know that I ever did pray for David Bowie, or Alan Rickman or Glenn Frey. Today I wish I had. And from here on whenever I find myself enjoying a song on the radio, a movie, a book; I’m going to try and remember to thank God for the person responsible, for the talent God gifted them with, and that those people would come to know the author of their rare talents, if they don’t already.

I’m not sure that doing that little bit is as far as Jesus has in mind, but it’s a lot closer than what I have been doing up till now.

The Eagles posted this version of the song It’s Your World Now on their website earlier today. The song was written by Glenn Frey and Jack Tempchin and appeared on The Eagles’ Long Road Out Of Eden album.