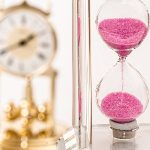 Teri rang the bell today. It’s the traditional signal that a patient has finished their radiation therapy. She started radiation on Monday, May 1 and went every weekday, with the exception of Memorial Day, for a full six weeks, 30 rounds of radiation.

Fatigue set in somewhere during the second week, with a sunburn-like soreness following shortly after. There has also been some pain in the muscles and under Teri’s right arm. Doctor Santiago says all of that should begin to fade away within a couple of weeks. 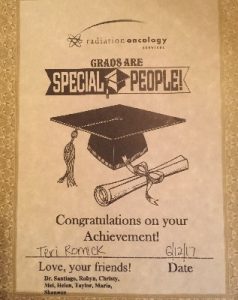 In addition to the ceremonial bell ringing the staff at the doc’s office snapped a couple of photos, gave Teri a canvas bag and presented her with a certificate, documenting her successful completion of treatment.

Tomorrow, Day One-Nineteen, Teri begins the next phase of treatment. Daily pills for the next five years which will help ensure the cancer does not return. This is the medication which allowed her to not have to undergo chemotherapy.

For now Teri is thrilled that this phase of treatment is finally over. “It seems like an eternity,” she said about half way through the six weeks. And now it is over and Teri has her mornings back to herself.

Life with Jerry Williams
Radio veteran and author Jerry Williams shares what's been on his mind and his heart. Commentary on what's in the news, politics, baseball and more with a spiritual twist. Jerry also features occasional interviews.
Lauren Daigle Looks Back
by Jerry Williams

Jerry shares an interview with Lauren Daigle from the archives. Recorded before Lauren had her first #1 single or a platinum record, in this conversation Lauren talks about how she landed her first record deal.

Here’s the link to the window swap website Jerry talked about: https://window-swap.com/

This episode is sponsored by
· Anchor: The easiest way to make a podcast. https://anchor.fm/app 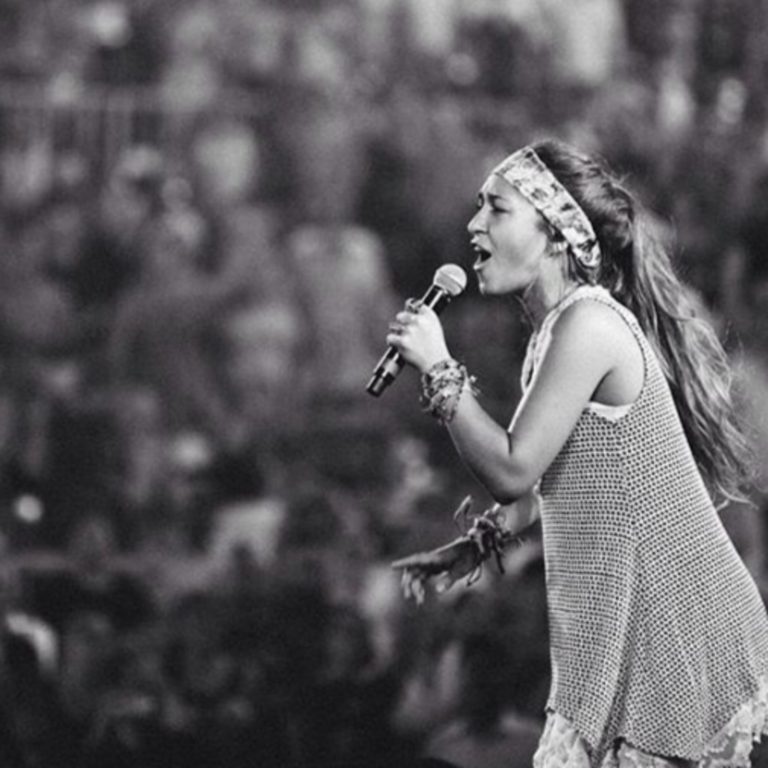