My father recently published his first book, “Been There, Done That.” It’s a memoir focusing on his 91+ years and how the Lord turned his life around after what he refers to as “a misspent youth.” He published it using the family name Romick 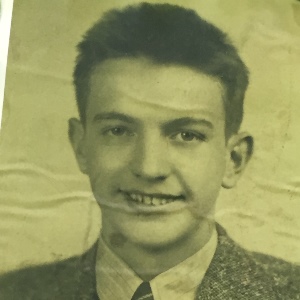 He chronicles his growing up through the Great Depression, serving in the U.S. Army in Italy during World War II and returning home to pick up his wild lifestyle. But God had other plans. A sermon about surrender and the song “I Surrender All” being played on the radio convinced him that the Lord was calling him to the pastoral ministry.

The book is available online as an e-book and in print. Here’s the publisher’s website and where you can pick it up on Amazon.

And here are the interview segments.