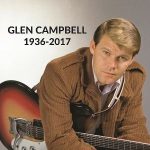 There’s a box of old cassette tapes in my basement. At least I hope it’s in my basement. These aren’t commercially produced music tapes. Not mix tapes. Many of them are recycled from old episodes of the Pat Boone Show (which we used to air on Saturdays on WLIX in Long Island) and have handwritten labels that include a date or some sort of key word.

These tapes, and I’m really hoping they are actually somewhere in my basement, are old aircheck tapes. Airchecks are recordings of radio air shifts without the music, just the talk. The last time I saw the alleged box was probably shortly after I moved into my current residence some 16 years ago. Some of those tapes are going on 40 years old and they represent the only audio record of my storied career in radio. 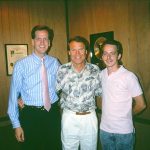 At the moment I’m actually really hoping there’s one tape in particular in that box. It would be from October 1991 and would be labeled “Glen Campbell.” I had the opportunity to spend a day during that October with that legendary singer and I recorded a good deal of our conversation.

In 1991 Glen released a decidedly Christian album, “Show Me Your Way.” Of the 10 songs on that project there were four or five that got a great deal of attention from Christian radio. And it was that attention that provided me with the opportunity to meet Glen Campbell. 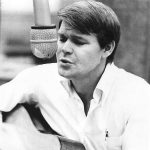 Of course I was well aware of him before that day. I’d grown up hearing him on the radio and watching his show “The Glen Campbell Goodtime Hour.” In 1967 Glen jumped to national attention with the songs “By The Time I Get To Phoenix” and “Gentle On My Mind.” Whenever my brother and sister and I would spend the weekend with my aunt at her apartment in Elizabeth, NJ, we’d listen to those songs dozens of times. They were part of her collection of 45s, along with The Beatles “Help” and Bobby Goldsboro’s “Honey.”

In all Glen released over 70 albums (according to his official website) sold over 50 million records and had more than 80 charting singles. He won six Grammy Awards and many other honors from the Country Music Association, the Academy of Country Music and the Gospel Music Association. His music managed to cross the gap between country and pop with several of his songs charting in both formats. 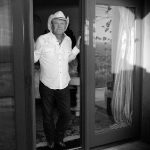 Campbell did battle with alcohol and cocaine abuse and was married four times. He credited his fourth wife, Kim, with helping him kick his addictions and returning to his faith. It was this faith that fortified Glen through his early stages of a battle with Alzheimer’s. He was diagnosed in 2011. Through the ensuing years Kim would update the public on Glen’s condition and continued to state that their faith in Jesus was helping them through the difficult time.

On that afternoon back in October 1991 Glen was extremely open, transparent and warm. My general manager, Lloyd Parker, and I took a limo from the station, WLIX, on Long Island to Manhattan to pick Glen up at his hotel and take him back to the studio. I spent several hours with him in our production room. 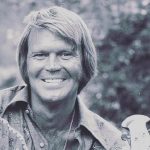 I got him to repeat his now famous phrase, “Hi, I’m Glen Campbell,” with which he opened just about every episode of “The Glenn Campbell Good Time Hour.” Originally a summer replacement show for “The Smothers Brothers Comedy Hour,” Glen’s show aired on CBS from January 1969 through June 1972. Glen says that CBS replaced it with “The Sonny & Cher Comedy Hour.” “Our show cost $200,000 per episode and Sonny & Cher cost $250,000,” he said. “It cost them more and they got a worse show.”

I really hope I can find that tape in my basement. I’d love to hear Glen Campbell’s voice again.

“Wichita Lineman,” released in 1968 was a major breath through for Glen. Here he is performing it on his TV show.

Here’s Glen doing “By The Time I Get To Phoenix,” originally released in 1967.

Glen performs the 1967 “Gentle On My Mind” with a full orchestra.

Here’s Glen performing the title track from his 1973 album, “I Knew Jesus (Before He Was A Star).”

Glen didn’t do a concept video for any of the songs on his 1991 Christian album “Show Me Your Way.” Here’s a fan generated version of one of the radio singles from that album, “Where I Am Going.”