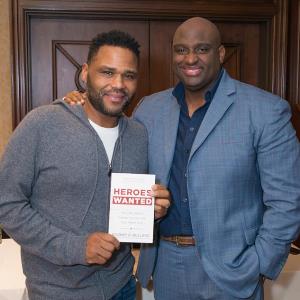 Rodney Bullard is the Executive Director of the Chick-fil-A Foundation and Vice President of Community Affairs for Chick-fil-A. He recently wrote a book, “Heroes Wanted.”  Before coming to Chick-fil-A, Rodney served as an Assistant United States Attorney, was selected as a White House Fellow (the nation’s most prestigious public service Fellowship) and served in the US Air Force.

When the release of his book was announced I tracked him down and set up an interview. I share segments from that interview here.

Rodney talks about the inspiration for “Heroes Wanted.”

I asked Rodney about traits that are shared among heroes.

Rodney has advice for people who think they may not be capable of being a hero.