This post has been rattling around in my head since late March of 2015. I had the opportunity a few weeks ago to lead the mid-week Bible study at my church, the pastor texted me the night before. He was having some health issues and asked if I could lead the service. So I began to flesh out these ideas that had been on my mind since March and first presented them there.

The inspiration for these thoughts came during the recent fundraising event, Friend Raiser, for the radio network I work for, The JOY FM. The theme developed subtly but steadily during those four days of on-air fundraising. But I’ll get to that presently.

The theme that began to take shape was hope. I allowed my thoughts to marinate for a number of weeks, adding some Biblical word study to the mix. Here’s the result.

These three, faith, hope and love, have much in common, are closely related. They’re often referred to as the “Three Theological Virtues.” Roman Catholic theology holds that these virtues cannot be obtained through human effort but must be granted by divine grace. 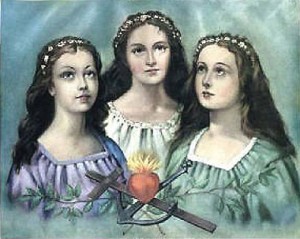 In classic works of art the three virtues are often depicted as young women, which may explain the propensity of parents to use them (at least as they are translated in the King James Bible) as first names for their daughters; Faith, Hope and Charity.

While there are indeed emotional aspects to each, we often speak of them in reference to the heart or seat of our emotions when we try to describe them or explain where they come from or where we “feel” them, faith, hope and love are not purely emotions.

The Bible provides much insight into each. The entire 13th chapter of 1 Corinthians is an expanded definition of love. Love is patient, kind, not jealous, doesn’t brag, isn’t arrogant. Love does not act unbecomingly; it does not seek its own, is not provoked, does not take into account a wrong suffered. Loves does not rejoice in unrighteousness but rejoices in the truth. It bears all thing, believes all things, hopes all thing, endures all things. Love never fails.

We find a pretty succinct definition of faith in Hebrews 11:1. “Faith is the assurance of things hoped for, the conviction (or evidence) of things not seen.”

But “hope,” it seems, is not so readily easy to define. I couldn’t find a nice, neat Biblical definition of hope, not one that clearly states, “Hope is,” like the verses I’ve mentioned that say, “Faith is,” and “Love is.” 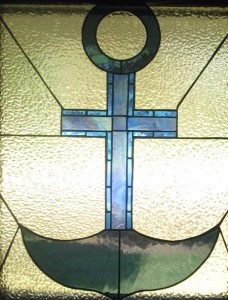 The closest I could find to a definition is a passage that explains how we acquire hope. Romans 5:1-6 says, “Therefore, having been justified by faith, we have peace with God through our Lord Jesus Christ, through whom also we have obtained our introduction by faith into this grace in which we stand; and we exult in hope of the glory of God. And not only this, but we also exult in our tribulations, knowing that tribulation brings about perseverance and perseverance, proven character; and proven character, hope; and hope does not disappoint, because the love of God has been poured out within our hearts through the Holy Spirit who was given to us. For while we were still helpless, at the right time Christ died for the ungodly.”

So what, exactly, is this “hope?” The dictionary says that hope can be used as a noun and a verb. As a noun it’s defined as: “A feeling of expectation and desire for a certain thing to happen.” And as a verb: “To want something to happen or be the case.”

What then is the difference between “wish” and “hope”? Well, if you can substitute the word “wish” for “hope” and it doesn’t fundamentally alter the meaning of what you’re saying, chances are you’re wishing.

I did come across another definition that, I think, is closer to what I’ve been looking for, “An optimistic attitude of mind based on an expectation of positive outcomes related to events and circumstance in one’s life or the world at large, to expect with confidence.”

Sometimes it’s easier to define or understand a concept through an example. Examples of love and faith are pretty easy to spot. Someone treats another person with respect, the way they themselves would want to be treated, that’s an example of love. Faith is even easier. Have you ever sat in a chair? That action is a demonstration of faith; faith in the chair, that it will support your weight and not collapse.

Hope, even in action, is not quite as easy to identify. How do we know when someone has hope for something, what does that behavior look like? Hope may be one of those things that’s easier to identify when it’s missing or absent. We’ve all known people who’ve felt hopeless, desperate. It affects their entire being, the way they carry themselves, speak, react to situations.

Stressful, life-changing situations can tell you a great deal about a person and whether or not they hope for anything. Loss of a job, divorce, illness, death of a loved one. Watch someone going through something like that and you’ll get a pretty idea of what roles faith and hope play in their life.

And that brings me back to the original inspiration for these thoughts on hope. It was late March of this year (2015) and The JOY FM was doing one of our two annual on-air fundraisers. We call the spring fundraiser Friend Raiser. It’s four solid days, 6:00 AM till 8:00 PM, of us asking people to become financial partners with the radio ministry. We’re a not-for-profit radio ministry and we depend largely on the financial support of listeners.

During the March Friend Raiser I noticed something I’ve never seen before. When people call in to make a gift they’ll often share comments about the radio station (or stations, we’re actually on throughout much of Florida and the greater Atlanta area and into parts of Alabama), what a favorite song has meant to them, something that touched them in a special or they share a story abut one of their favorite on-air personalities. The people in the phone center take down these comments and we get them in the studio and often share them on the air.

I saw no fewer than five comments from listeners, and there may have been a few that came through when I wasn’t in the studio, that were similar, that all started the off the same way. Remember now, these are people who were listening to The JOY FM as we were asking them to support the ministry financially and they called in to give money. 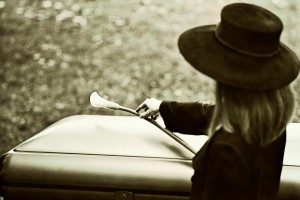 Their comments started like this, “My mom died yesterday…” “My grandfather died last week…” “My husband died today…” TODAY! And there were a few of those people who called in on the very day that a loved one passed away. Called a radio station, to make a financial contribution. At what surely was one of, if not THE, darkest hours of their lives.

I didn’t take any of those phone calls myself, but here’s how it played out in my mind. A woman has just said good-bye to her husband for the very last time this side of Heaven. She leaves the hospital, alone. Gets into her car and heads to wherever it is that you go after you spouse has just died. I don’t know where that is. Home, the funeral home to begin making final arrangements. I don’t know.

As she starts the car and pulls out of the hospital parking lot she turns on the radio, which just happens to be tuned to The JOY FM. Maybe she hears a song about God seeing her through the storm. Maybe one about overcoming adversity. Could have been a song that proclaimed God’s never ending love. At some point she heard us talking, cause we do quite a bit of talking during our fundraisers. She may have tuned in while we sharing a story about the impact our listeners have had through our many outreach programs. Maybe she heard us praying or sharing a scripture.

Obviously she heard the phone number, because she called it. And somewhere between leaving the hospital, in her first moments as a widow, and another good cry, she made a financial gift to a radio station.

I’ve been doing this radio thing for a long time. And it still amazes me to some degree that people give money to The JOY FM. Maybe “amazes” is the wrong word. “Humbles.” It humbles me. I think the reason so many people this past March, who were still so very close to loss, made contributions is because they found hope. Not in the radio station itself, but in the message of God’s love that we share every day. And in that message they found again hope and a measure of comfort. And in giving they were saying “thanks” to the Lord for His provision and helping to ensure that the message of hope would continue and be available to others when they needed it.

It’s that never ending love that is the source and object of our hope. As Paul wrote, “tribulation brings about perseverance and perseverance, proven character, and proven character hope; and hope does not disappoint, because the love of God has been poured out within our hearts.”

Maybe that demonstration of hope I’ve been looking for, the proof that we have hope is that we keep on going, even in our darkest hours, because we know and put our faith in Jesus and His never ending love for us.

Jesus Himself, without actually using the word “hope,” gave us the ultimate reason for hope. He was speaking to the disciples in John 14:1-3, “Do not let your hearts be troubled; (you) believe in God, believe also in Me. In my Father’s house are many dwelling places; if it were not so, I would have told you; for I go and prepare a place for you. If I go and prepare a place for you, I will come again and receive you to Myself, that where I am, there you may be also.”